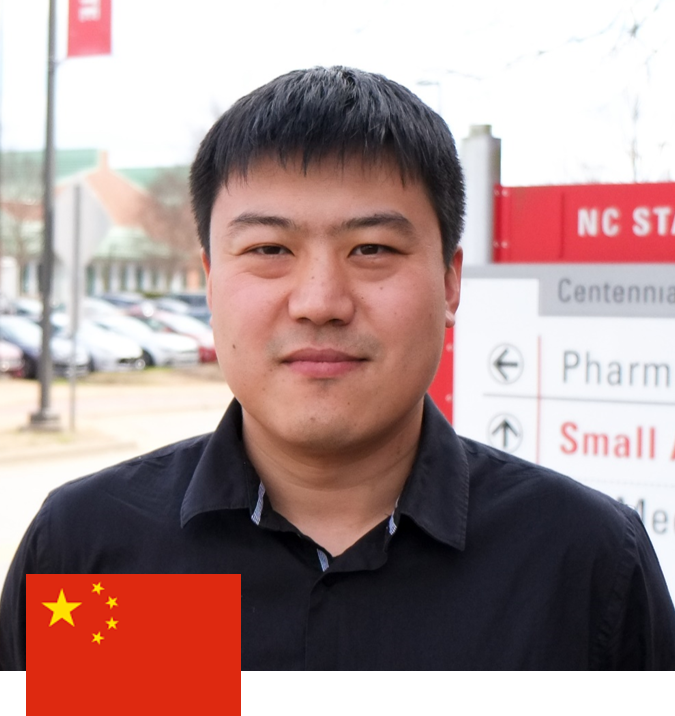 Fengen “Wayne” Wang is from Jinan in China, and is completing a dual-emphasis PhD in zootechnics and food science at Xinjiang Agricultural University (XAU), Ürümqi, in collaboration with the Chinese Academy of Agricultural Sciences (CAAS), Beijing.

His research career began in 2006, when he graduated from Shandong Normal University with a bachelor of engineering (BE) degree and joined the Shandong Academy of Agricultural Sciences (SAAS) as a research associate. There, he started specializing in food safety by examining the presence of contaminants such as pesticides, heavy metals and bacteria in animal food products.

In 2009, he joined Shandong University to complete a master’s degree in analytical chemistry, and became interested in developing faster and more cost-effective tools for detecting contaminants in food samples. To explore new techniques, in 2014 he joined Auburn University in Alabama, United States, as a visiting scholar, and helped develop phage imprinted biosensors to detect and quantify foodborne bacterial pathogens.

After returning to China, he decided to expand his focus on the bacterial contamination of animal-source foods. Since starting his PhD in 2017, he has explored the impact of heat on antibacterial proteins such as lactoferrin and β-lactoglobulin in bovine milk to optimize milk sterilization. In 2019, he joined NC State’s College of Veterinary Medicine as a visiting scholar for three months to receive training on the phenotypic and genotypic characterization of antimicrobial resistant bacterial pathogens in food. Supervised by Sid Thakur, he developed a standard operating protocol for whole genome sequencing that can be implemented at SAAS where, after completing his PhD, he has continued collaborating with NC State to improve food security and the surveillance of antimicrobial resistance in China.