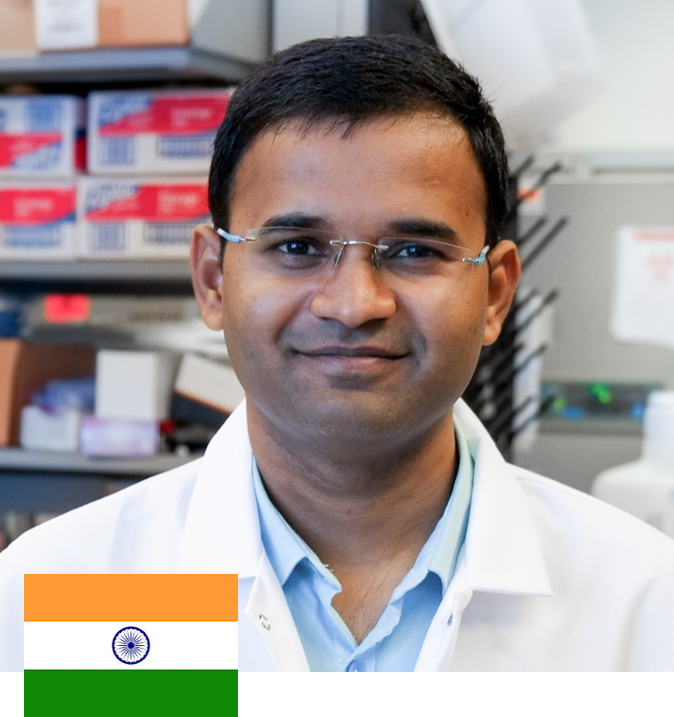 Shivasharanappa Nayakvadi is from India, where he works at the ICAR-Central Coastal Agricultural Research Institute in Goa. Originally from Karnataka, a neighboring state, he received his MVSc and PhD from the Indian Veterinary Research Institute, where he specialized in veterinary pathology. His fascination with antimicrobial resistance led him to investigate extended-spectrum beta-lactamase (ESBL)-producing bacteria – drug-resistant pathogens found in animal source food products and the environment.

After his PhD, while working at ICAR, he followed protocols developed by Paula Cray’s laboratory to identify and diagnose ESBLs. In 2018, he received a one-year Fulbright postdoctoral fellowship, which allowed him to join the Cray lab and receive training in CRISPR/Cas9 technology. Using these tools, Nayakvadi is restoring the sensitivity of ESBLs to antimicrobials by deleting CTX-M genes, which confer drug resistance by encoding beta-lactamases that hydrolyze certain antibiotics.

After completing his Fulbright fellowship, Nayakvadi plans to return to India and continue collaborating with the Cray lab to characterize ESBLs and use CRISPR to reverse antimicrobial resistance.