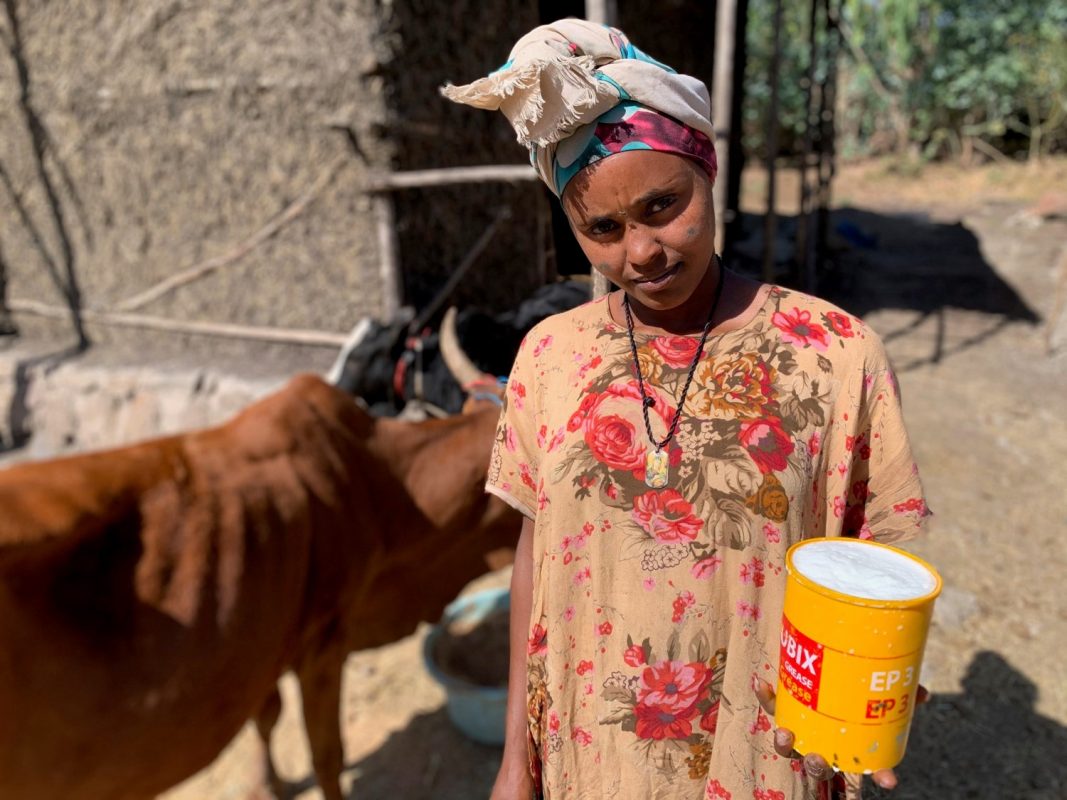 An Ethiopian livestock owner showing her daily milk yield from her local breed cow. The intrinsic link between animal and human health is the focus of global health research at the College of Veterinary Medicine. Photo by Andy Stringer.

Read more about each award-winning project below: 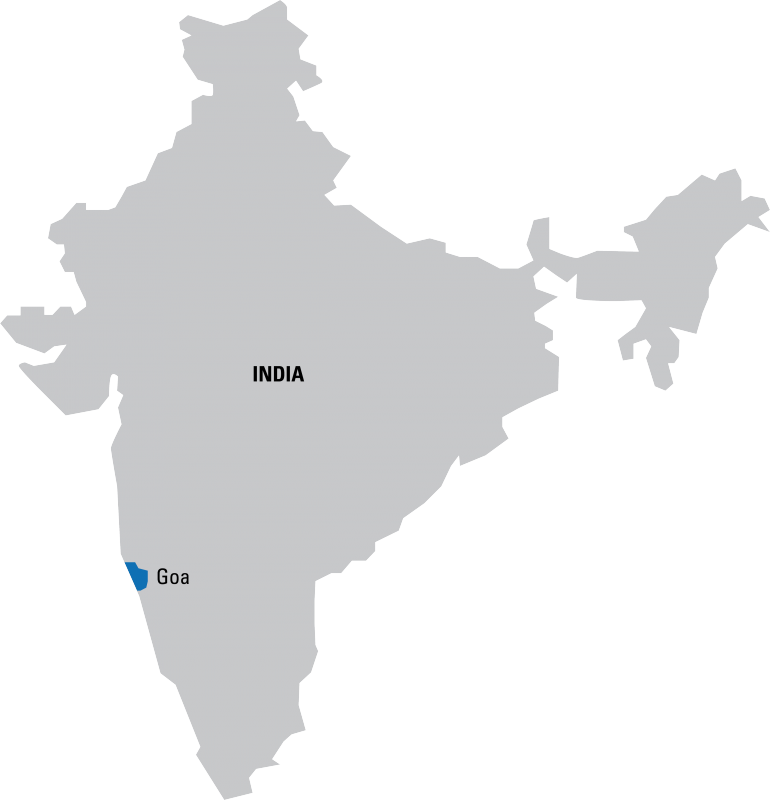 Goa is a small tropical state in India with beaches that attract millions of tourists each year who bring with them a variety of microorganisms from around the world. The state’s economy also depends on agriculture and livestock farming, particularly seafood, poultry meat and eggs, beef and pork. This combination of international travel and intensive food production heightens the risk of many global health challenges, particularly the spread of antimicrobial-resistant microorganisms, which can travel between animals, humans, the environment and food and across national borders when people move in and out of the country. In Goa, heavy rainfall in the monsoon season complicates this further when open drains overflow and wastewater runs from rivers into beaches.

Tracking the spread and emergence of drug-resistant organisms has become a priority worldwide. Although a few reports have documented drug resistance along the coast of India, there are no systematic studies on antimicrobial resistance in Goa or its impact on tourism and food safety. To help tackle antimicrobial resistance and understand how it spreads, Shivaramu Keelara Veerappa, CVM research assistant professor, Paula Cray, Head of the CVM Department of Population Health and Pathobiology, and their collaborators at NC State and the ICAR-Central Coastal Agricultural Research Institute in Goa, are assessing the prevalence of drug-resistant organisms such as E. coli and Salmonella in Goa to increase awareness throughout the state, identify ways to prevent outbreaks and protect the future of public health and tourism. 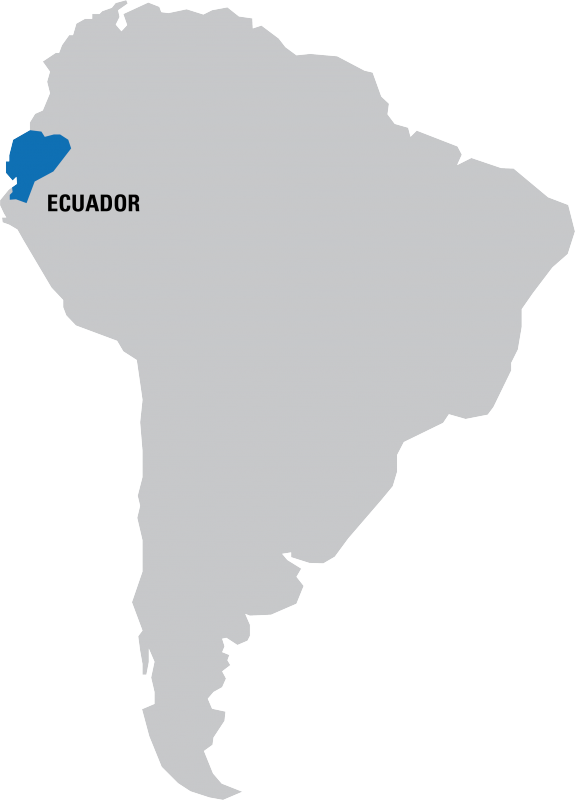 Livestock welfare is critical for worldwide food security and sustainability. Although European countries have enforced basic welfare standards through legislative action, few countries in Central and South America have animal welfare laws. Instead, these countries rely on the veterinary community to enforce and improve animal welfare standards for livestock species and to educate the public. However, this is challenged by a lack of well-developed and widely accessible veterinary curriculum and training programs on animal welfare in Latin America.

At the CVM, Monique Pairis-Garcia, associate professor of global production animal welfare, and Maria Correa, professor of epidemiology and public health, have worked extensively in Ecuador through two organizations, the World Health Organization and the Inter-American Institute for Cooperation on Agriculture. They also have contacts at the veterinary school located at the Central University of Ecuador in Quito, and Agrocalidad, the agricultural assurance office for veterinary services in Ecuador. To improve animal welfare in Latin America, Pairis-Garcia and Correa are conducting a needs assessment in Ecuador that could eventually be used as a template for other countries. By understanding the current level of animal welfare knowledge, they will be able to develop an animal welfare curriculum and capacity-building programs for veterinary professionals in Ecuador and other countries in Latin America. 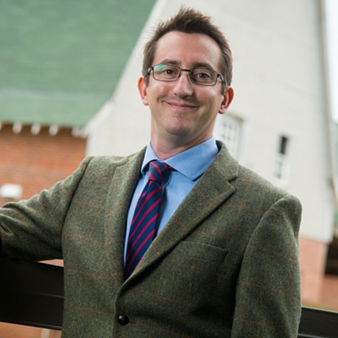 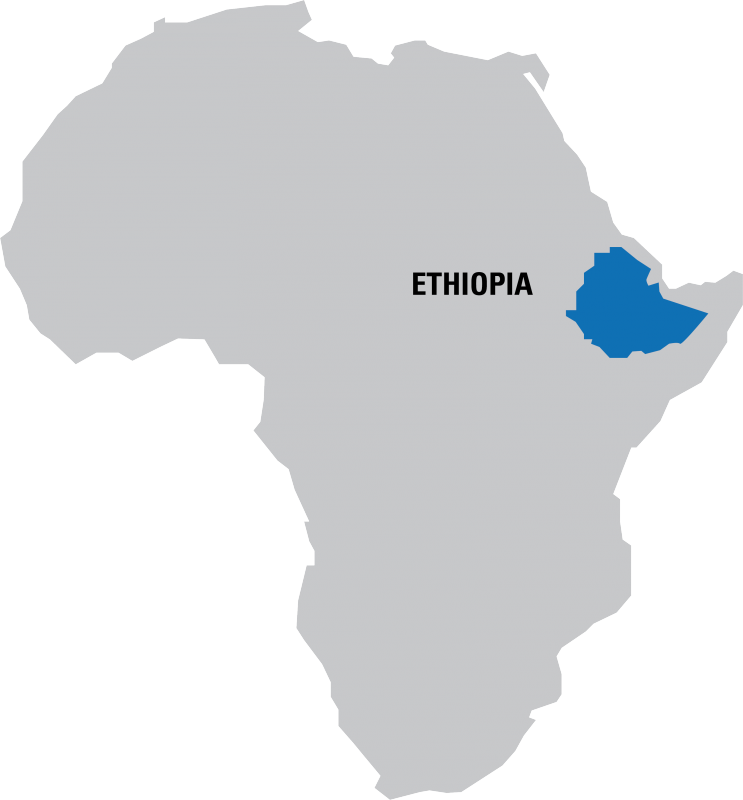 Worldwide, approximately 25% of children aged under 5 years have stunted growth, which is associated with loss of productivity and cognitive function as well as increased mortality. At least one-third of global childhood deaths are linked to undernutrition. Although there are many causes of undernutrition, a condition known as environmental enteric dysfunction (EED) is thought to have far-reaching impacts on child growth, health and development by preventing proper gut function, which leads to malnutrition, stunting, diarrhea and limited effectiveness of oral vaccines. 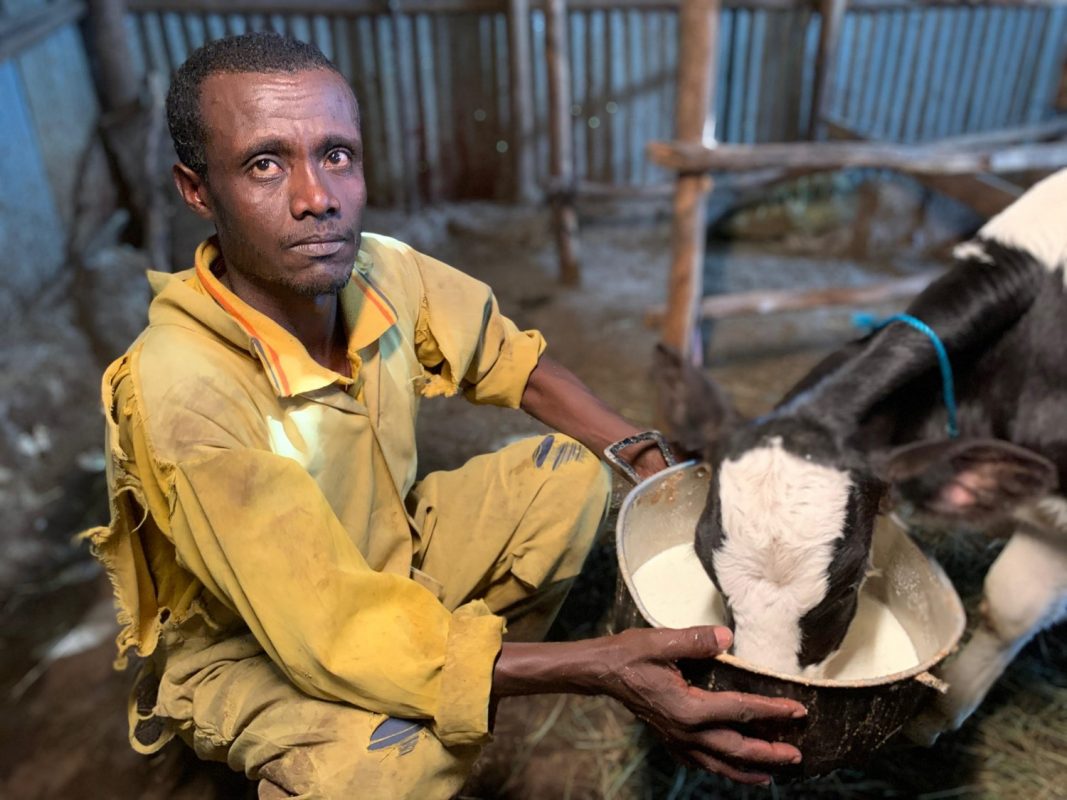 An Ethiopian farm laborer providing milk to dairy calf. His farm is located in an urban district of the Akaki-Kality sub city of Addis Ababa. Animal and human health are intrinsically linked in these households given the proximity between humans and animals, and the living conditions in households.

EED has been associated with poor sanitation and hygiene, and exposure to animal feces. EED is also potentially linked to the gut microbiome – populations of microorganisms that live inside the digestive tract and affect how the gut functions. The gut microbiome is influenced in turn by household factors such as animal ownership and animal husbandry practices. To understand  further the association between households drivers and the gut microbiome, particularly in low-income countries where childhood stunting and diarrhea are prevalent, Andy Stringer, CVM clinical assistant professor and Director of Global Health Education, and his collaborators are examining the gut microbiome in Ethiopian children and animals, in households that both own, and do not own animals. Ultimately, this work could help the team develop specific interventions to reduce the impact of EED and stunting in Ethiopia.

Five Questions with a Visiting Ph.D. Student from Nigeria Three Students From CVM Class of 2020 Earn Certificate in Global Health